add a candle »
Sep 19, 2020 Mr. Hiles I have the utmost respect for you and your service to our country. Like yourself I’m a Bavy veteran and Huge Irish fan. You have raised a great son in Amando. He’s a greT man such as yourself Jack Anderson
Feb 8, 2020 Mr. Hiles you had the biggest heart and always put a smile on the faces of others. You gave willingly & asked for nothing in return. I\'m honored to have known you and called you family. ERIC DOUGLAS
add a note » 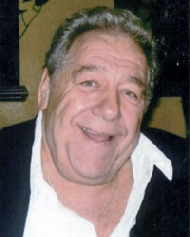 Surrounded by family and friends, George went home to be with the Lord on Friday, January 3, 2014.

George was preceded in death by his loving parents, George H. Hiles, Sr. and Dorothy Hiles, and his brother Doug Hiles.

George loyally served his country in the Marine Corps during the Viet Nam War (semper fi!)

George retired from Union Carbide and enjoyed traveling and cruising where he was well known as “Elvis.”

George was a lifelong member of Trinity Baptist Church where he served in the choir and with the youth program AWANA.

George had a passionate love for Notre Dame and all things “Irish”!  ‘Play Like A Champion Today.”

George was known and loved by many and never met a stranger.  Everyone who ever met him, loved him.  He will be so deeply missed.

The family would like to request any interested family and friends who would like to honor his memory, to wear Notre Dame colors in his honor.