add a candle »
Apr 2, 2014 walk with me,friend walk along side me whatever road we take i know you are saving a place for me,untill we meet again,i will treasure every moment we spent,you will awlays be loved,xoxox vee-ronica garcia
Mar 31, 2014 In Memory Of Genevieve Belson. Genevieve and I were roommates at Texas Tech and she introduced me to my husband Ronald. She always was giving advice, sewing skills, and a shoulder to cry on to the girls. Genevieve--a caring, funny, smart, and never give up woman! 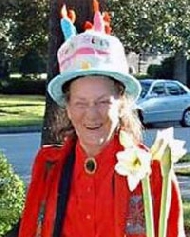 Genevieve Beryl Catherine Belson, known to family and friends as “Gwen,” died on January 29 the age of 75. She had been hospitalized for a short time in Sugar Land, Texas for emergency care of long-term illnesses.

Genevieve was born in Port Arthur, Texas on November 28, 1939. The first of the four children of Maynard Joseph Belson and Mabel Maude (Reat) Belson, she was named after her mother's beloved sister-in-law, Genevieve, and soon was joined by two younger sisters, Carolyne and Patricia, and a brother, Maynard Jr.

Although Genevieve’s life was characterized by many serious medical problems, she conquered every challenge with courage and grace and a zest for life that was the inspiration of the entire family throughout their own lives. The severest form of eczema at 2 years old began her lifetime battle for health in the face of a daunting series of medical problems. She had breast cancer and radical mastectomy at age 24, a new breast cancer at age 40 with additional mastectomy, and then a series of other cancers and medical conditions that would have debilitated any other person and soured them on life: thyroid cancer, endometrial cancer, chronic lung disease, and the secondary problems from multiple surgical interventions.

Yet Genevieve not only survived, she thrived. In spite of the cancer at age 24, she was determined to realize her lifetime dream of becoming an RN. So, while still undergoing treatment, she began her education for a B.S. in nursing at the University of the Incarnate Word in San Antonio. As a medical-surgical nurse with some of the top physicians in Houston, Gwen was quickly recognized for exceptional performance by physicians and administrators alike and was promoted into nursing administration. She worked in a myriad of hospitals throughout her nursing career as a supervisor of nursing. As a working administrator she chose direct care involvement as the best way to maintain supervisory credibility and effectiveness, and to insure the very best care for every patient.

Smart, curious, and energetic beyond imagination, Genevieve was captivated by the idea of becoming a Physician Assistant (PA) when one of the first programs in the nation began at Baylor College of Medicine. With a score exceeding that required of medical students taking the identical test, she became one of the nation’s first PAs and came to focus her work in oncology and HIV care. Her patients adored her, and the doctors trusted her to be a model of the Physician Assistant, with a perfect balance on content knowledge, diagnostic assessment skills, and understanding of the PA/physician partnership for the very best of medical care. Her career as a PA included direct patient care, management, and both clinical and academic research.

Gwen not only worked full time in medical care, she also owned her own business, known as the Junk General Store, which morphed into a huge resale business. Over the years, she became known in the antique business within Texas as an expert in fine stemware, pottery and glass art from the early 1900s. Don Ross, who preceded her in death, was both a partner in business and the love of her life. Together they grew the Junk General Store to include antique glassware, jewelry, collectibles, curiosities, and furniture restored by Don.

Gwen showed outstanding commitment to family. She compromised a good portion of her life to care for both parents, both of whom died in Gwen’s home. During much of that time, Gwen was struggling with yet another bout of cancer—this time primary ovarian—and subsequent surgery and chemotherapy treatment, missing only a few weeks of full-time work.

A car accident in 2007, which took Don’s life, also left Gwen with severe injury and illness from which she never fully recovered. Although she was able to return to her to home, she required in-home care for safety and medication monitoring. Her most recent assistant, Veronica Garcia, who was with her for several years, became a beloved friend and trusted part of our family.

Genevieve Belson: Dealt a lifetime of challenge and suffering, she embraced life through outright denial, unwavering faith, courage, tenacity, and the sheer joy of being alive. “I’ve been blessed” was our Gwen’s refrain.