add a candle »
Oct 6, 2018 I am so sorry for your loss of your loved one. Something that has always given me comfort is a scripture at Revelation 21:4, \"And he will wipe out every tear from their eyes, and death will be no more, neither will mourning nor outcry nor pain be anymore. The former things have passed away.\" I sincerely hope this brings you comfort. Please go to jw.org for more information. Paige Jordan
add a note » 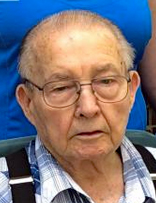 Everett Eldon Dulaney, 90, left this earthly existence and passed into eternal life, Thursday October 4, 2018. He had a good life with family, many friends and good neighbors to make his journey through life a happy and productive one. His knowledge gained through religious education made the continuation to an Eternity with his Heavenly Lord and Savior a certainty. He wishes to be on hand to greet each and every one of you as you arrive.

He was born in Dexter, Iowa, on January 23, 1928 and graduated from Lincoln High School in Des Moines, Iowa in 1946. His transitioned to Galveston occurred while visiting his brother, Cecil Dale, who was serving in The United States Coast Guard at the time. He fell in love with the island and made it his home until 1982. He was a member of The International Longshoremen’s Association for 37 years. He and his wife, Wanda, moved to Clarksville, Arkansas in 1982 and returned in 1996 to make their home in Alvin.

Eldon met the love of his life, Wanda Louise Jennings, when he was on a double date with another couple. He noticed his friend’s date and decided that SHE was the one for him. They were married in Galveston April 3, 1949 and shared a life for 69 years. Wanda passed away in February of this year.

He has a host of friends to bid him farewell, a testament of his good character. He leaves to mourn him his son, Donald Wayne Dulaney, granddaughter, Jennifer Lorraine Kelly and her husband Cody, two grandsons Cameron Lane Dulaney-Otto and Kaden Case Kelly. He missed the birth of this third grandson by four months.

Visitation will be held Tuesday October 9, 2018 from 5-7PM and Funeral Services will be 11AM Wednesday at Carnes Funeral Home, 3100 Gulf Freeway in Texas City. Rev. Jerry Holman will officiate.Interment will follow at Galveston Memorial Cemetery in Hitchcock.