add a candle »
Jan 17, 2014 Pastor Gene was not just my pastor- He was the first man that shared the Love of Jesus with me! It truly changed my life. D0N WHITE
Jan 11, 2014 I have had the pleasuring of knowing Mr. & Mrs. Drake. They are a wonderful couple that praised one another daily with precious moments, never hesitating to express their LOVE for one another. Their greeting to each other was "I LOVE YOU". They are truly missed. Ms. Gloria T. Mealancon
add a note » 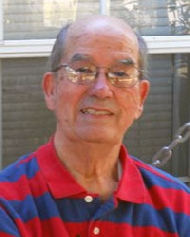 EUGENE “GENE” HOWARD DRAKE, age 93, stepped into the presence of his Lord on December 13, 2013. His wife of 61 years, Jeanne Bruce Drake (who prepared the way 4.5 months earlier), was there to give him the tour, as was his son, Jon Bradley “Duck” Drake, and all of his family members from his generation (he was the last to arrive). Born in Huntsville, AL, Gene was in his 60s the first time he was ever a patient in a hospital. He was even born at home on the kitchen table, with his twin sister Evelyn Lucille. His father died in a fall when Gene was six years old.  Times were really hard for them following his father’s death and he went to live with family members in another town.  His mother worked several jobs at a time trying to make ends meet.  Eventually the family was reunited in Huntsville, where Gene graduated from Huntsville High School.  His mother relocated to Gadsden, AL when her kids left home.  Gene later moved there and studied voice with a wonderful vocal coach (Miss Nell), who remained a dear friend throughout the remainder of her life. Gene gave his heart to Christ at the age of 18.  He felt led of God to pursue that call and moved to Fort Worth to attend Southwestern Baptist Theological Seminary, Fort Worth, TX, graduating in 1952.  During his time there, he met the lovely and talented woman with whom he would spend the rest of his life.  They were married the day after graduation.  Deciding that he needed music training on a degree level rather than the diploma in Sacred Music he had begun at the Seminary, he began attending college classes part time at North Texas State College, in Denton, at the age of 35. Because of his age and a few failed attempts to keep up with the youngsters in his Physical Education classes, he was given the opportunity to take an elective instead.  He chose choir.  When he auditioned, he was asked to be a member of the A Cappella choir, to which he replied, “Do I have to?” (He didn’t realize at the time that was an honor!)  Gene began his 40+ years of ministry as Minister of Music & Education in First Baptist Church, Lake Jackson, TX, but later felt God’s call to the pastorate. His first pastorate in 1959 was to a small church outside of Grapevine, TX in Pleasant Glade, where he got $50 per week in salary and utilities paid and was allowed to live in the church parsonage with his family of five. His service for over four decades spanned various churches in the states of Texas, Georgia, and Washington.  He was oftentimes known as the “Singing Pastor,” as he would deliver his messages in song, accompanied by Jeanne on the piano.  Gene loved to tell stories.  Oftentimes he would begin laughing hysterically before he could get the complete story told, which would bring a round of laughter … not to the joke but to Gene’s laughing hysterically! Very few people ever knew it, but Gene was a ballroom dance instructor at one time.  He also had the thrill of being an “extra” in the Billy Graham movie Mr. Texas in 1951, Billy Graham’s first evangelistic movie. He was extremely active until falling and breaking his hip in 2012. (His children recall having to run alongside to keep up with him when he was walking.)  Until age 75, he celebrated his birthday each year by doing at least one cartwheel. His family finally asked him to stop for fear of hurting himself! (He’s probably turning cartwheels all over heaven right now!)  He spent the last year of his life in a wheelchair, something that bothered him tremendously!  Gene had a servant’s heart and found joy in doing acts of service for folks in his realm of influence.  His ministry and his life made a difference in the lives of countless individuals all over the nation.  His love for his Lord was very deep.  Even as an Alzheimer’s victim, he would voice his love for God and give praise for how faithful He had been to him throughout his life. His favorite song, and one that he would sing often, was “Revive Us Again.”  He loved to get after the chorus and would belt it out: “Hallelujah, Thine the glory; Hallelujah, Amen! Hallelujah, Thine the glory, Revive us again!”  His remaining family, who will miss him greatly, includes: Daughters and Sons-in-Law, Jana & Roger Tornga (Magnolia) and Julie & Jim Cianciolo (Katy); Grandchildren, Audrey Cianciolo and Jimmy Cianciolo;  Nieces and Nephews, Everett  & Patsy Drake (Mauldin, SC), Jim Drake (Fountain Inn, SC), Ann Wilkes Thomason (Dayton, OH), and Donna (Drake) and Bill Kimbrough (Shreveport, LA); Brother-in-Law, R. Tom  & Jackie Bruce (Denton); Sister-in-Law, Arleah Bruce Hillegeist (Tomball); Step Grandson, Armando “Richy” Colon & Angela (Oak Harbor, WA), and their six sons;  and numerous great- and great-great-nieces and nephews, cousins and friends. 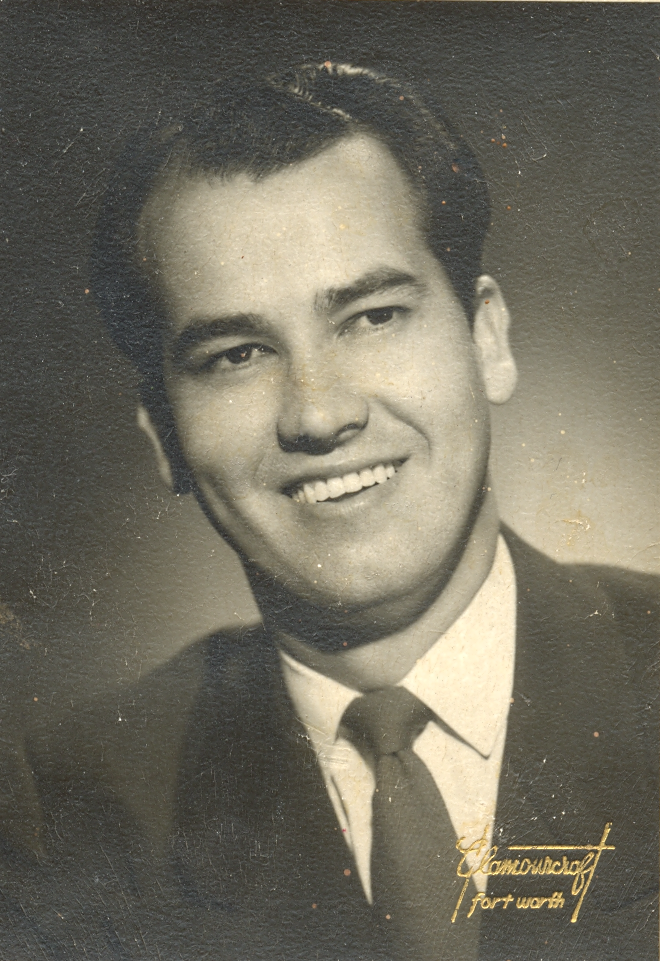