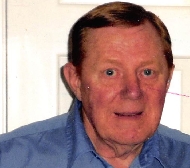 Dwight Wallace Johnson, 75, passed away on Wednesday, November 13, 2019 at his home.  He was the husband of Lillian (“Lil”) Marie Johnson.  The couple shared 55 years of marriage.

Dwight was born December 18, 1943 in Sisseton, SD to Jewett and Leta Johnson.   At a young age Dwight worked at Johnsonson Construction.  Dwight attended CBC Bible College and was employed at Ozark, TWA and American Airlines, from where he retired in 2004.

Dwight was a member of Abundant Life church.  Dwight’s hobbies including fishing and playing basketball.  Dwight will always be remembered for his perseverance.

Dwight is predeceased by his parents, Jewett and Leta Johnson and daughter, Sheri Harrison.