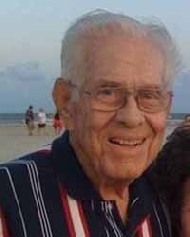 He was the first born to Lela Kate Pruitt Cochrane, who preceded him in death along with brothers Charles and Richard R.L “Danny” Cochrane.  In 1949 he married Marjorie Lou Martingano and had three children, John III, David and Crista.  Dr. John played basketball at Ball High School and was Field Artillery Regimental Commander of the Corps of Cadets at Texas A&M class of ’47. He received his Doctor of Medicine degree in 1956  from the University of Texas Medical Branch, Galveston, Texas.

Dr. Cochrane practiced family medicine for 43 years at Beeler-Manske Clinic in Texas City. He served as the president of the Galveston County Medical Association and was a deacon for over 50 years at the First Baptist Church of LaMarque where he and his wife, Margie taught Sunday school and Training Union.  He built his home in Texas City and enjoyed hunting, fishing, wood work, and working on his rose beds in the gardens.  He was adored and admired by many colleagues, friends and patients in our community.

Dr. Cochrane willed his body to the University of Texas Medical Branch “Willed Body Program” in an effort to give back to the profession he loved and had dedicated his life to.

A Memorial Service will be held on Saturday, April 23, 2011 at 3:00 PM at First Baptist Church Texas City, TX followed by a reception for friends and family.