add a candle »
Jan 16, 2019 Donna was my Special Friend who Always had a Beautiful Smile and she Could Always Make me Laugh! We had Great Conversations and she is Missed Very Much! I Know she is with Our Lord Jesus. Pamela Jorgensen
Jan 15, 2019 I love you so much Mom. I know you are in Heaven! I hope Granny has her arms around you! Dazin Buchanan
add a note » 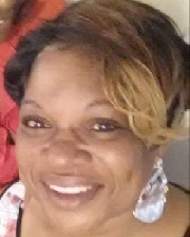 On Wednesday January 10, 2019, Donna Faye Stance, mother, sister, aunt, and beloved friend passed away suddenly at the age of 58.  Donna was the first daughter born to Verna Lee and J.C. Stance in Topeka, Kansas on August 5, 1960.  In 1964, the Stance family moved to Lompoc, California and later to Richmond, California where Donna would live out her formative years.

During her childhood, Donna displayed a passion and talent for the arts and maintained it for the rest of her life.  She could sing, dance, play the violin, and act.  After high school, Donna attended Contra Costa College for Theater where she was casted in various plays most notably “For Colored Girls Only.”

At an early age, Donna dedicated her life to the church and accepted Christ as her Savior.  She was a lover of the church and always felt at home when she entered the doors.  Donna’s first church was Independent Holiness Church in Richmond, CA where she was a member of the “Gospel Crusaders” choir where she was the lead on many songs.  She loved the church so much she was even able to convince her own mother Verna to join.

In 2009, Donna relocated to Houston, Texas to be closer to her siblings.  While in Texas, Donna’s entrepreneurial spirit moved her to start her own business “Just Good Homemade Pies” where she sold homemade sweets most notably her sweet potato pies and peach cobbler.  Although, she was later forced to shut down her business due to illness, in that short span of time she acquired quite the following.

In 2017, Donna survived Hurricane Harvey and had just began to rebuild her life before her tragic passing.  She was preceded in death by her father J.C. Stance and her mother Verna Lee Stance.  Donna is survived by her two beautiful daughters Dazin Buchanan and Kia Fagundo, her four siblings Donald, Ronald, Arnold, and Marsha Stance and a host of nieces, nephews, and friends.  Donna was a caring and compassionate person who always put the needs of others ahead of her own.  She will always be remembered for her beautiful voice, contagious laugh, delicious food, and kind spirit.  She will be dearly missed