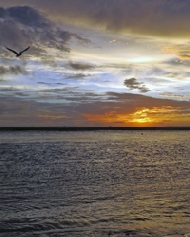 Dennis was born on July 6, 1986, in Lewisville, Texas.    He was baptized in Oswego, New York on July 12, 1987.  As a young boy, Dennis was involved in Boy Scouts, various sports and was a champion swimmer.  He loved to ride his bike and go for long walks. He also loved spending time at the beach with his family and singing in the shower. But most of all, Dennis loved his mother!!  She was his biggest advocate and supporter through his long struggle with mental illness.  Dennis had a very kind heart, like his father.  He had a smile that would light up a room, and he had big beautiful brown eyes with lashes that would make any girl envious.   He was a very intelligent young man.  If you offered an ear, he would certainly share his vast knowledge of his favorite subjects.   Dennis loved to eat and when given the opportunity to eat anywhere, he would always choose Taco Bell.   His favorite meal was then always followed by his favorite dessert, a Snickers bar!

Dennis is preceded in death by his father, Dennis Wolever Sr.  He is survived by his mother Carmen Garcia and his beloved Grandparents Alex and Emily Gonzalez, his sisters Samantha Pieratt, Jodi Wolever Warren, and Aimee Wolever Ford, his brothers Stephen McConnell and Billy Ferguson.  He also leaves behind many Aunts, Uncles and cousins and a niece who will all miss him dearly.