add a candle »
Jul 9, 2016 Mom joined you today at 4:45am. I know that you and dad were there to meet her and take her home. I love you all so much and you will all be with Daddy.. family united forever. My heart hurts for my loss but is joyful for your gain and her peace. I love you. Cene
May 8, 2015 Hey Neecie, Mothers Day is coming up and I know that you will be with us at the park. We love and miss you. Send mom a hug, she would love it. Cene
add a note » 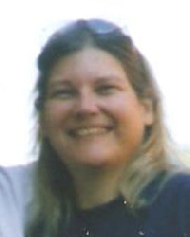 Denise Carney was born on November 13, 1954, in Tyler, Texas. She was the beloved daughter of Hazel Womack Carney and Luther L. Carney and sister to Cene and Frank Davis. Denise fought a great battle with Liver Disease and was on the liver transplant list. She became very ill on November 9 from complications from an earlier surgery and all too quickly passed away on November 11, 2011. She was surrounded in love at her bedside by Hazel, Cene and Frank Davis, Melanie and Chris, Vanessa, Whitney and Brian Martin, Kathleen and Josh Abernathy.

Denise was a great friend to her nieces and wore her "Super Aunt" cape well and often. She was also a Super Grand-Aunt to Chris, Jacob, Summer, Emily, Justin, Joshua, Jeremiah, Hailey and Carter. She welcomed with open arms Carter Wesley Prine, her only Great, grand nephew. She will also be missed by Gene Carney and Family from the Tyler, Texas area and Don Whitson and Family from the Lower Rio Grande Valley.

Denise graduated from McAllen High School in 1973 and attended UT at Pan American in Edinburg, Texas and U of H, here in Houston. She was a percussionist and played in the marching band at McAllen High School and with the orchestra at Balboa High School in Balboa, Canal Zone. She was a certified paralegal and enjoyed working with litigation. Denise was also a lifetime member of the Ladies Auxiliary for the Veterans of Foreign War. She served faithfully on the board for the Glenbrook Valley Citizens on Patrol and worked tirelessly for the Glenbrook Valley Civic Club.

She had many joys in her life and was able to fulfill almost all of her "Bucket List". Her greatest joy was time spent with family, especially with her mother, Hazel Carney. They had become each others best friend and enjoyed a bond that few daughters and mothers share. Every day with her was a gift and she is so missed now. We know that she has joined Luther "Luke" Carney and the two of them are watching out for us and our families.