add a candle »
Feb 27, 2014 I was so shocked to heare of Debbie's passing. I worked with her for years as her monitor for Child Nutrition Inc. My prayers are with yoiu and you and your family. Brenda Allen
add a note » 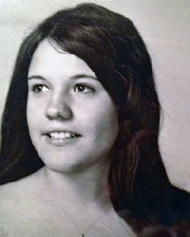 Deborah English Briones, 61, of Galveston passed away Sunday, February 9, 2014 at her home in Texas City, surrounded by her loving family.

Debby was born January 25, 1953 in Galveston, the daughter of John and Alice English. Debby was a resident of Galveston until 2008 when Hurricane Ike destroyed their home.  She owned Deb’s Child Care in Galveston/Texas City and was a loving influence to many, many children since 1979.

She is preceded in death by her father, John English and brother Marc English. She is survived by her husband of 41 years, Carlos Briones; son Joey Briones and wife Tiffeni; daughter Ariell Briones; grandchildren Haylie and Jaxson Briones; mother Alice English; sister Pamela Stokes and husband Steve; brother Joseph English and wife Brigid; nieces Alison Stokes and Joanna English; many aunts, uncles, cousins and lifelong friends. She is loved and will be missed by all who were blessed to be a part of her life.

Visitation with the family will begin at 5 p.m., Wednesday February 12, 2014 at Carnes Funeral Home in Texas City with Celebration of Life Service starting at 7 p.m.