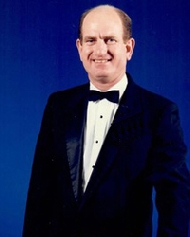 William Dean Taylor was born in Galveston, Texas, December 19, 1949 to John and Ruth Taylor.  Dean, age 71, passed away August 15, 2021 after a short battle with Covid-Pneumonia.  Dean married Mona October 23, 1982 and together they became the “Brady Bunch”, with four children between them.  Their life together was nothing less than an adventure.

He is preceded in death by his parents, John and Ruth Taylor; mother and father in law, Bill and Gladys Poole; and his brother-in-law, Robert Seinsheimer.

Dean was a longtime resident of Santa Fe, Texas where he enjoyed raising his family.  He worked as a pipefitter/welder out of the Pipefitter’s Local 211 in Galveston for many years.  After moving to Santa Fe, he began working for Union Carbide in Texas City, where he eventually retired.  Dean absolutely loved the outdoors – hunting and fishing were top of his list.  Sports was another one of his passions, as he coached softball for countless years, attended endless games, meets and tournaments of all kinds – basketball, football, softball, track, and volleyball.  His ultimate vacation was floating the Comal River in New Braunfels, which was an annual trip that he looked forward to each and every year.  Mostly, Dean enjoyed spending time with his family and friends where fun and laughter were his top priority.

Public visitation will be held Tuesday, August 24, 2021 from 5:30 to 7:00pm at Carnes Funeral Home – Texas City.  Feel free to wear a Dallas Cowboys shirt or their colors to honor Dean.

In lieu of normal remembrances, memorial gifts may be made to the American Heart Association (www.stroke.org) or Hunt with Heart (www.huntwithheart.org).