Blessings from Macau Hong Si Man
Jan 21, 2014 David and I were in some music classes together at the U of W his first year, I believe. I graduated in '56 and went on to teach in Green Bay then in Houston. I remember David as a fine student. I got my Masters at HBU and taught in the English Dept for 7 years. Maureen griffin Bouffard
add a note » 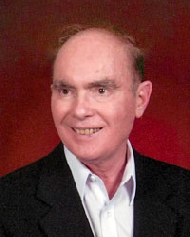 He was born on February 1, 1935 to Frank and Pearl (Gaethke) Tomatz in West Allis, Wisconsin. At the age of 9, his interest in music and study of the cello began. In 1953, David entered the University of Wisconsin, Madison, where he earned a Bachelor of Music degree. While at the University, he met his beloved wife, Ann. After their marriage in 1957, they moved to Washington, D.C., where David entered the Navy and performed as a cellist in the U.S. Navy Band. David completed his Master of Music degree and received a Ph.D. in music history from Catholic University of America.

In 1961, David left Washington to accept a position as cellist and instructor at the University of Wyoming in Laramie. In 1974, David became Head of the Music Department at the University of Wyoming. During his tenure in Wyoming, he co-founded and directed the Western Arts Music Festival in addition to developing a statewide Cultural Outreach Program. As founder and cellist of the Western Arts Trio, he recorded for Laurel Record of Los Angeles and toured extensively throughout Europe, South and Central America, Mexico, Australia, as well as the United States.

In 1984, David accepted the position of Director of the University of Houston School of Music. During his tenure, the student enrollment in music increased from 320 music majors to more than 600; the Doctor of Musical Arts degree was approved by the State Coordinating Board and was accredited by the National Association of Schools of Music; endowments for scholarship and program support increased substantially; and, most notably, he oversaw the construction of the present music building and transition to the Moores School of Music. Other successful initiatives under his leadership included the founding of the Immanuel and Helen Olshan Texas Music Festival in 1990, the Moores Preparatory and Continuing Studies Program, the Moores Jazz Festival, and the development of the Edyth Bates Old Moores Opera Center.

During his years in Houston, David served in a variety of roles, both official and unofficial, as an advisor to many of Houston's arts organizations. David also served a three-year term as President of the National Association of Schools of Music, the accrediting organization for all music schools. David retired from the University of Houston in 2007.

David is survived by his wife of 56 years Ann (Zander); his son Michael and wife Heather (Ferguson) Tomatz and grandchildren Zachary and Sophia; his son Matthew and wife Lori (DiNardo) Tomatz and grandson Samuel; brother William and wife Faye; cousins and many nieces and nephews. The family is so grateful for the loving care given by his loyal caregiver and friend, Michael LeBlanc, and all the wonderful friends and neighbors at Country Place. The family extends deep gratitude to Dr. Gage Van Horn for all his friendship, generosity and countless hours traveling and fishing together.

No services are planned at this time.There will be a memorial concert held in David's honor at the Texas music festival in June. Details to follow.