add a candle »
Sep 1, 2020 So sad to learn of the passing of Scott. At MetLife/“MassMutual Scott led a bible study. We got to learn about Scott the man and what an honor it was to share those moments with Scott. RIP Ryan Nelson-Paryag
Aug 19, 2020 I am sorry to hear the passing of Scott. We worked together at MetLife and MassMutual. He was a kind man, keeping his office door open with a bowl of candies on his table. He patiently answered our questions concerning laws. He will be greatly missed. May God be with his family in this time. Zhenge Zhao
add a note » 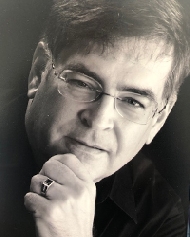 David “Scott” Brasington passed away peacefully in his sleep on August 10, 2020 at the age of 64. Born and raised in North Syracuse New York, Scott graduated from Cicero High School and the State University of New York (SUNY) Harpur College in Binghamton, NY.

Scott met his lifelong partner, Leanne Nelson Brasington, in the summer of 1978. They married the next year and moved to Cincinnati, OH, before landing in St. Louis, MO.

In 1986 Scott and Leanne moved from St. Louis to Clear Lake, TX with their two young daughters, Crystal and Amber. They were soon joined by a third daughter, Mandie. Scott graduated from South Texas College of Law in 1997. In 2002 Scott moved to Dickinson TX where he enjoyed the last 18 years of his life.

Throughout his life, Scott served his community, church, and the Lord faithfully. He served in Junior Church at Bay Area Christian Church (BACC) for 29 years, touching countless lives and embodying Christian love and values for the young children he taught. He was a loving son, brother, husband, father, friend, and avid golfer. He will be missed dearly, but if Scott could talk to us now he’d tell us that he’s “doing pretty good for an ugly old man.”

Scott is preceded in death by his parents, Virgil Clinton Brasington and Arlene Malone Brasington, and his favorite dog Beethoven.