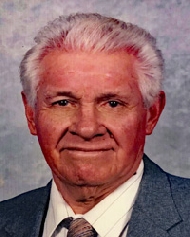 David M. Rojas Sr. passed away January 2, 2019 in Texas City,     Texas surrounded by his family. His adoring grandchildren knew him as Tata and his beloved family knew him as Guero. David was born

David began his work life at a very young age in the cotton fields of Texas.  When he was old enough, he then became a truck driver for the family business, as he transported produce from the fields of Texas through the southeastern states to Florida.  David return cargo was oranges from the sunshine state.  His next journey took him to other parts of the United States as he traveled while working on  the Alaskan Pipeline alongside his brothers. David was held in the highest esteem because of his work skills and ethic. He worked for Todd's Shipyard, Malin Construction and G& M Welding retiring in 1996 after almost 40 years.

David and Anna moved to Galveston in 1956 to establish their family roots. He enjoyed what the island had to offer such as family outings at the Beach every Sunday. He became the avid fisherman, fishing everyday he wasn't at work. David enjoyed this sport daily after retirement looking forward to the camaraderie of his fishing buddies until he physically was unable to do so.

David loved the game of baseball and because of his enthusiasm for the game he became a die-hard Astros fan, never missing a broadcast of the game. In his later years, the highlight of his day during the season would be to sit and watch the game or watch a replay.

David will be missed by all.