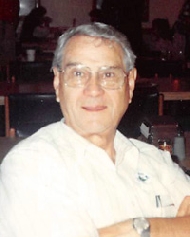 Dale Jasen Johnson was born on August 2, 1927 in Aberdeen, South Dakota to Jason Theodore and Ethel Mae Margeson Johnson. And on June 19, 2019 Dale finished his work here on earth and went to be with the Lord.

After serving in the U.S Army, he married Margaret Lorraine Saltee June 21, 1949.

He followed his calling and became a minister. Dale had many years pastoring Church Of God churches and teaching high school. Although he retired he never stopped teaching and preaching.

He is survived by his wife Margaret, his son Jason and wife Joy, daughters; Pam and husband Jim, Diane and husband Bruce, Jill and husband Mark. Also fifteen grandchildren; twenty great- grandchildren and other family and friends.

He is preceded in death by his parents; Jason and Ethel Johnson, his three brothers; Don, Robert and Vernon, three sisters; Betty, Vivian and Marion, and son David Theodore.

In Lieu of flowers please donate to Parkgate Generation Next campaign.