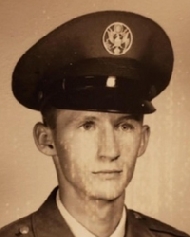 Dale E. McCollum, Sr. passed away peacefully on August 19, 2020 after a long battle with lung cancer.

Dale loved anything that had to do with racing or Donald Duck. His favorite sports teams were Pittsburgh Steelers and Texas A&M Football.

Dale is preceded in death by his parents, Hubert & Vera McCollum; brothers, Billy McCollum, and Hubert “Herb” McCollum; and sister Barb Butler and her husband Jim.