add a candle »
Jan 23, 2016 Cynthia was a pioneer in the Document Control Center and helped us to organize and manage large infrastructure project such as the Light Rail for the Metropolitan Transit Authority: but most importantly, she will be remember as truly genuine person who was always had a warm smile and a positive attitude. Cynthia surely left a lasting impression on everyone she met. She had a great personality, character and conducted herself very professional during her career at METRO. She was exemplary in every respect. “She was one of the kinds”. Losing someone that we all love like Cynthia is nothing easy, but knowing that we have shared life and have been part of her life, we can only realize that we have been blessed with the gift of her life. Cynthia is “Unforgettable” and will live in our hearts and minds.
Eternity Love --Your friend and brother at work -- Jose Castellanos
Jose Castellanos
Jan 6, 2016 When someone we love passes, it seems as if time stands still. And silence...a quiet sadness...often can be felt, not just heard, a longing for one more day...one more word...one more touch...and we may not understand why God chose to have her leave this earth so soon, or why she had to leave before I was ready to say goodbye, but Little by little I'm beginning to remember not just that she passed, but that she lived. And that her life gave me memories too beautiful to forget. I will see her again someday, in a heavenly place where there is no parting. A place where there are no words that mean goodbye. I miss you so much & need you more with each passing day. I live for you and try to make you proud. Bobby
add a note » 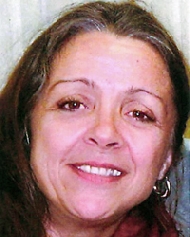 After a short courageous battle against cancer, Cynthia Ann Hainesworth passed to a better life on Thursday, December 31, 2015, in Sugarland, Texas at Altus Hospice. She was fifty-seven years old.

Cynthia was born June 27, 1958 in Houston, Texas. All of her education was at various Houston institutions. She first started a computer repair business. Next, she was employed by McAllister Real Estate. Following that, she was employed by Ben Taub Hospital in the Credentials Department. She has spent the past fifteen years at METRO in Document Control. Cynthia and Fred lived in Houston until 2001 when love of the rural life caused them to move to their country home in Columbus and they began their daily commute to their jobs in Houston.

Cynthia was an active member of Church of Christ in LaGrange, Texas. She was baptized into Christ in 2000 and has been a faithful servant of her Lord ever since. She visited shut-ins, nursing homes, hospitals and was a constant witness of her faith by the life she lived. Church attendance was important and she especially enjoyed area singing activities.

Cynthia enjoyed cycling, gardening, travel and animals especially her beloved boxer, Jewell. In 2008 she competed in the MS 15 cycling event from Houston to Austin. Because of inclement weather, Cynthia started in LaGrange. She participated in other charitable bike rides.

Her father, Billy Ray Ferguson preceded her in death.

Cynhia is survived by a devoted husband, Fred Hainesworth of Columbus, Texas. She was a loving mother and grandmother of sons, David Brocken of Dayton, Texas, Bobby Turman of Atlanta, Georgia; daughter, Jackie Henexson and husband Randy; grandson, Jacob and Hunter of Waco, Texas. She is also survived by her mother, Geraldine Ferguson of Cleveland, Texas; sister, Carla Jean Alvevado of Houston, and brother, Ray Ferguson of Spring, Texas.

Everyone who knew Cynthia was warmed by her loving smile and sweet spirit. She will always be remembered as one of the most kindhearted and loving individuals you have ever known. To quote her employer, Jose Catellanos, “Cynthia will always be remembered as a person that knew the true meaning of unconditional love and friendship and as a person with a warm spirit and love.”