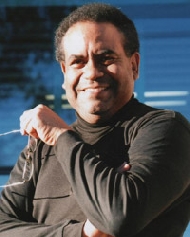 On May 3, 2011, Curtis J. Martin passed away peacefully at his residence. He was born September 13, 1960, in Galveston, TX, to Bertha Martin and the late William Martin.

He attended grade school at Holy Rosary Catholic School, where he and his younger brother served as altar boys. He continued on and graduated from Ball High school class of 1980, where he participated in the Key Club and Student Council.  He went on to receive his Associate’s Degree in Business Administration.

He developed his bass/baritone, God-Given voice under the leadership of the late Dorothy Dow. He loved to sing and took honor in using his voice to sing for the Lord as well as for others.

Curtis began his career at Kroger Grocery Store over 33 years ago. No words can express the amount of hard work and dedication Curtis put into his career and local union. He dedicated most of his life to promoting various efforts for the union. He actively participated as a Special Project Union Representative for several years. He also spent five years as District Union Representative. He served on the Kroger negotiation committee five times and three times as a delegate for the UFCW International Convention. For the past 20 years, he has assisted UFCW International in every national presidential election. In October 2009, he was elected as Vice President to the Executive Board of Local 455. Not only did he serve his local union, but he also supported AFL-CIO as their delegate in numerous conventions. He will also be remembered for his political contributions as delegate for the Galveston County Central Labor Council.

He is preceded in death by his father, William A. Martin; stepfather, Sidney Noel; and sisters, Charmelita Martin and Carmelita Howard.

He is survived by his mother, Bertha Martin Noel; brother, Christopher Martin; sister, Paulann Martin; nieces, Trina Howard and Tiersa (Jarvis) Johnson, LaToya and Jessica Solomon; nephews, Kenneth (Christie) Temple and Printiss Temple, and 15 great-nieces and nephews, his co-workers church family and a host of other relatives and friends.

Family and Friends are invited to attend his Life Celebration on Tuesday, May 10, 2011 at Sacred Heart Church 1302 Broadway, Galveston, TX with A Public Visitation beginning at 10:00 AM; Rosary at 11:00 AM followed by the Funeral Mass at 11:30AM. Burial will follow at Mt. Olive Cemetery at 7801 Gulf Freeway at Hughes Rd. Dickinson, TX.  Final Arrangements have been made with Carnes Funeral Home 3100 Gulf Freeway Texas City, TX. 77591. Memorials may be sent to the funeral home.