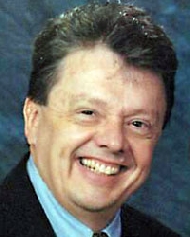 Craig Farrar Duncan, 66, died on April 25, 2014 at Houston Hospice in Houston, TX with loving family by his side.

Craig F. Duncan was born on Thanksgiving Day, November 27, 1947 in Washington, MO. His parents were Geraldine (Farrar) Duncan and George R. Duncan, Jr. After graduation from Washington High School in 1965, he received a Bachelor of Arts in Business from Westminster College in Fulton, MO. After graduation, Craig had a tour of duty in the US Army. After serving his country honorably during the Vietnam War he was Managing Director of Zero Europe, responsible for the administrative operations between Zero Manufacturing Company and their sales offices in Holland and Ireland from 1972-80.  In June 1990 he married Kathleen Williams of Johnson City, IL. They lived in Kansas City, MO and Dallas, TX before moving to Houston, TX.

In Houston, Craig F. Duncan was a partner with Abrasive Warehouse and Equipment; a member of the Clear Lake United Methodist Church; and a Cub Scout leader. His interests included gardening and he was an active member of the Phelps County (Missouri) Genealogical Society.  His received many honors over his lifetime including the Wood Badge Leadership Course given by the Boy Scouts.

Craig F. Duncan was preceded in death by his parents and his in-laws, Rev. Ralph and Aileen Williams. He is also survived by aunts and uncles: Charlene (Duncan) and James Jackson of Marthasville MO; Lloyd and Caroline Duncan of Venice, FL; nieces and nephews: Randy and Amy Sharp of St. Joseph, MO; Scott and Tracy Sharp of Albuquerque, NM; and Brian Sharp of W. Hollywood, CA; numerous cousins and great nieces.