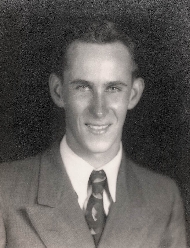 Clarence George “Bud” Hauboldt, age 89, of Pearland, passed away Tuesday at Houston Hospice in Houston, TX. He was born August 23, 1921 in Victoria, TX to William and Amanda Hauboldt.

Bud graduated in the class of 1939 in Victoria, Texas. After finishing high school, he enlisted in the Navy in 1942. Bud served as radio engineer on the USS Mission Bay, during World War II. He later worked as a radio engineer for KPRC. Bud started Hauboldt Fiberglass in the early 60’s where he was actively involved as the founder and the president until his retirement.

He was a loving and caring husband, father, grandfather and friend. He will be greatly missed by his family, friends and all those he touched.