add a candle »
Aug 31, 2021 I was shocked by tne news of Cherie\'s passing. She was one of the kindest people I have ever known and her smile could light up the world. Derek, i hope you know how much she loved you and how proud she was of you. Mary Anne McWhirter
Aug 26, 2021 I love you. I will miss you more than words can say. As I sit here, my heart aches to speak to you, to laugh with you, to share with you. You wouldn’t believe all the people who stepped up and donated school supplies. I love you, always in my heart. Deana
add a note » 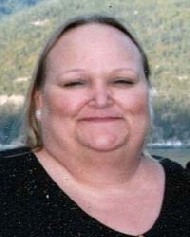 To the Wiley Family and Friends,

In the time of your loss, Carnes Funeral Home would like to extend our deepest condolences. It is our honor to serve your family...

In Memoriam of Cherie Lynn Wiley,

Cherie and her family moved to Pensacola, Florida, where she spent the first part of her life playing softball and discovering her love for animals.During her teenage years, they moved to Alvin.  She graduated from Alvin High School in 1982.

In September of 1981, her career with Wal-Mart began, where she spent 34 years creating friendships and making memories. After her long-dedicated career, Cherie would retire and focus her time solely on her loving husband and son. She was spending time traveling to places such as Mexico, Alaska, and her most special place, Lake Charles, Louisiana.

Cherie is preceded in death by father, R.E. Davenport.

All family and friends are welcome to come and celebrate the life of a loving wife, mother, daughter, sister, aunt, and friend.