add a candle »
Sep 30, 2015 I am truly sorry for your loss.I was honored to be his nurse and to witness the love your family had for him.He was lucky to have you all as his family.I know you all will miss him terribly.I will continue to pray for all of you. Suzanne Batista
Sep 30, 2015 sorry for your lost Molly I know you will miss him everyday. Patsy Falk Miller
add a note » 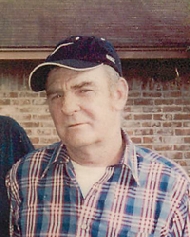 Charles Fred Nicholson Sr. passed away peacefully September 28, 2015 at his residence with his family at his side. He was born July 29, 1949 at St. Mary’s Hospital in Galveston, Texas to Shirley Walter and Zeila Marie Shapper Nicholson. He was the youngest of three children. Charlie was proud to be a BOI and never wanted to leave the island. At the remainder of his life he moved to Santa Fe to be close to his sister.

His nickname was “Railroad Charlie”. He worked for 20 years as a Car Inspector, (Car Knocker) with his father for the G.H. & H. Railroad in Galveston. Previously, he had been a Merchant Marine for a year traveling to Africa and other countries.

As a young man, Charlie loved to fish, rabbit and squirrel hunt and play baseball. He remembered floundering with his father and brother at the East End Jetties and Crash Boat Basin. Later he became a “pool shark” always ready to challenge everyone to a game.

Charlie was a natural “Mr. Fixit”. Charlie took after his father and was very mechanically inclined. He was always repairing someone’s car and came to the rescue for his brother-in law, Dale many a time, helping repair whatever needed fixing.

At the end of his life, he watched T.V and cared for his cat “Baby” and Chihuahua, “Popcorn”. He also fed all the stray cats in the neighborhood.

Per his request, Charlie will be cremated and buried at a later date in Santa Fe, TX at Grace Memorial Park in Hitchcock, TX.

Charles’s sister, Mollie Jamison, would like to thank everyone for their support for helping her take care of her baby brother. She will miss his daily phone calls and weekly visits to Galveston to help him. Thank you to Dr. Warren Longmire and to Meals on Wheels and A-Med Hospice.