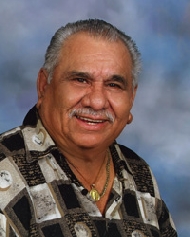 Celso was active in several sports including boxing and football. He worked for Todd Shipyards as a welder and also worked for Exxon and various other plants.

Celso was a Member of ILA Local Union 20 and the Boilermaker’s Union. He trained homing pigeons and was a local sports and Cowboy fan. He was the family handyman and was always working on landscaping and other projects.

Guests are invited to share in the Celebration of Life Visitation for Celso from 5-7:00 p.m., with a 7:00 p.m. Reciting of the Rosary on Tuesday, April 26th, 2016 at Carnes Brother’s Funeral Home, 1201 23rd Street, Galveston, Texas 77550. Funeral Mass will be 10:00 a.m. Wednesday at St. Mary’s Cathedral Basilica, 2011 Church Street in Galveston. Rite of Committal will follow at Calvary Catholic Cemetery.