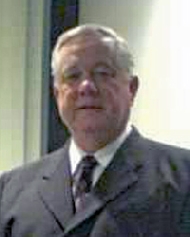 Carter Conrad Green was born on October 16, 1939, in Woodsboro, Texas, and died on November 19, 2019, in Houston, Texas, at the age of 80.  He lived in Rosharon with his Wife of almost 50 years, Barbara, and their Son, Mark, who has Down-Syndrome, as well as their Daughter, Stephanie, and her Son (Carter’s Grandson, “My Guy”), Kyler.

Carter was born in October of 1939 to Irma Lee Trent and William Watson Green in Woodsboro, Texas.  He was the older Brother to Karen Elizabeth Williams (born February 1942, died December 2016).  His father passed away in 1943 and was raised by a single Mother for a short period of time before being put into Foster Care in 1945.  Carter and his Sister were then raised by the Stockton’s.  Right before his 18th birthday, Carter enlisted, with the approval of this Foster Parents, into the Navy, 1956.  His Naval Career lasted 10 years until 1967 and in that time he was taken all over the world!  He was a Radioman Petty First Class Officer.  He met his first wife Ramona in Puerto Rico, they married in 1960 and three children; Leslie, Deborah, and Robert. His adventures and stories from all over the world were awesome and cannot even be told in this obituary they would make us all blush!  But, after being Honorably Discharged in 1967, he met his current Wife Barbara.  Barbara and Carter married on June 27, 1970, in the Queen of Peace Catholic Church in La Marque, Texas.  After marrying, Carter ended up working for Region IV and then Westinghouse.  After Westinghouse, he ended up working for MRI and that computer programming work took him and his wife all around the United States for work.  Eventually, Carter worked for Howard Hughes in California and it was there that Carter made his home there for the next 27 years.  He ended up having three children with Barbara; Jason, Stephanie, and Mark.  After his children were born, Carter decided to be his own boss and became an Entrepreneur.  Being an entrepreneur became his way of life until he retired at the age of 72 in Houston, Texas.

He will be greatly missed.

Mass will be Celebrated at Sacred Heart of Jesus Christ Catholic Church in Manvel, Texas at 11:00 am on Monday, December 9, 2019. Rite of Interment will be 11:15 am at Houston National Cemetery in Houston, Texas. Military Honors will be provided by The United States Navy.