add a candle »
Dec 22, 2017 The Bible helps us to know that you can see your dead loved one again at Acts 24:15 \"And I have hope toward God which hope these men also look forward to that there is going to be a resurrection of both the righteous and the unrighteous\" I hope you find comfort in this message Kaiylah
Dec 6, 2017 Praying for you Marty, Shane & Yancy. Jackye Swilley
add a note » 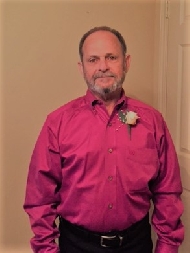 Billy Roy Leach died unexpectedly in Mainland Medical Center on November 26,2017 in Texas City, Texas at the age of 71.

Billy Leach is survived by his wife Dona Leach of Texas City, Texas; his sons, Marty, Shane, and Yancy Leach of Arkansas; stepchildren Bryan Goodwill of Texas City, Texas, Tracy Cook of Katy, Texas and Devlin Neal of Spring, Texas; Mother in Law Shirley Schoonover of Machesney Park, Illinois; 20 grandchildren, and 9 great-grandchildren, and his dogs Brownie and Bailey. He was preceded in death by his parents, one brother Tommy Leach, and his beloved dogs Fletch, Chloe, and Patches.

Billy was born on June 11, 1946 in Smackover, Arkansas to Thomas Clarence Leach and Sadie Braswell Leach. He graduated from Smackover High school in 1964 and Arkansas School of Business in 1966 with a Business degree. He married Dona Neal, in 2016. He retired after many years at Amoco Chemical and continued his business Leach HVAC and continued his passion for custom bow making as Leach Custom Bows. His children remember him as a loving father and grandfather who was passionate about his love of bow hunting.

He will be fondly remembered and greatly missed by countless family, friends, and coworkers.

Visitation is scheduled for December 9th from 12pm to 2 pm with services following directly after at Carnes Funeral Home, at 3100 Gulf Freeway Texas City, Texas. All are welcome to attend and celebrate Billy Leach's life. Condolences can be sent to family's home.