add a candle »
Nov 8, 2018 Benny with my step dad growing up the closest thing to a real father to me, we had our ups and downs but he taught me how to survive in the worst situations.... Rest in peace old man Robert McCray
Nov 18, 2017 The Bible helps us to know that you can see your dead loved one again at Acts 24:15 \"And I have hope toward God which hope these men also look forward to that there is going to be a resurrection of both the righteous and the unrighteous\" I hope you find comfort in this message Kaiylah S
add a note » 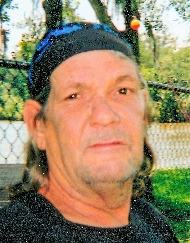 Benjamin “Benny” Franklin Sullivan III was born on April 17, 1958 to Benjamin Sullivan Jr. and Loretta Sullivan in Bellaire, Texas. Benny passed away peacefully at home on November 2, 2017. He was preceded in death by his parents Benjamin and Loretta. Benny is survived by his step mother Gwendolyn Sullivan who raised him from an early age, daughters Rachael Jaye Barton and Rhonda Renee Keeton. Brother Mack Sullivan and his wife Patricia, nephews Bryan and Jacob, step niece Diana Stillman and her husband Rob. Brother Tim Sullivan and his wife Donielle, nephew Ryan, nieces Kayli Sullivan, Taylor Bainter, and Kemerly Dexter. Step sister Shauna Solis and her husband Nick, nephew Brandon, and nieces Tiffany Gomez and Melissa Izguierdo. Benny was a long-time resident of South Houston and relocated to Dickinson approximately 10 years ago. Benny affected everyone he met with his friendly, positive attitude. He attended Living Faith Outreach Church in Dickinson, Texas for some time. God must have needed another angel. Benny will be missed by many people. A memorial service will be held at Carnes Funeral Home Saturday, November 11, 2017 at three o'clock in the afternoon.