add a candle »
Apr 13, 2019 My wonderful Grandmother who was so understanding, giving and did so much for so many.
I miss you Nana every day that passes. Ardy E Blakley IV
Aug 11, 2015 Philippians 4:6,7 Do not be anxious over anything, but in everthing by prayer and supplication along with thanksgiving, let your petitions be made known to God; and the peace of God that surpasses all understanding will guard your hearts and your mental powers by means of Christ Jesus.
With Sympathy. Ruby
add a note » 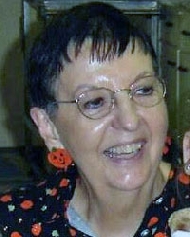 Barbara D Froeschl Blakley was born Dec 27, 1932 in Galveston, TX and has been a resident of Texas City since 1947. She and her husband were married at FBC, TC in 1951 where they became long time members. After yrs of faithful service to her Lord, she was ultimately hired as the pastors secretary. Barbara served the Lord in that capacity, with the love and compassion everyone saw in her, for over 30 years. She loved her FBC family. Barbara passed through the Pearly Gates of Heaven and into her Lord and Saviors arms Monday, August 3rd 2015. Loved ones standing at those gates waiting for her were her Mother, Barbara Pysz Froeschl, Father, Frank Froeschl, Sr., Brothers, Frank Froeschl, Jr, Charles Froeschl and Robert Froeschl. The reunion in Heaven also included her son, Ardy E Blakley, III (and his wife, Rebecca) and her daughter, Barbara Jean Hollingsworth..