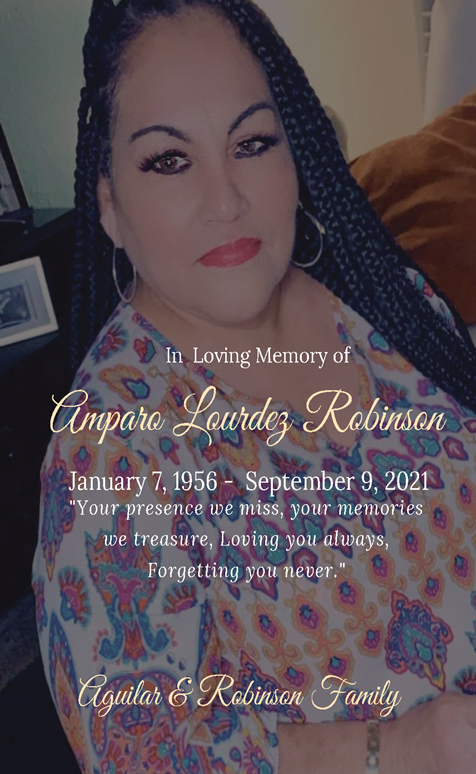 On January 7, 1956 Amparo Lourdez (LuLu) Aguilar- Robinson a beautiful soul entered the world in Galveston, TX to Lydia Gomez and John Concepcion Aguilar.  She established Christ at an  early age and grew up living in Galveston, TX, where she attended Ball High School and shortly after began a career at American Indemity before returning to school for  billing and coding years later.  She continued her career and retired to be a loving grandmother.

There will be a public visitation held on Saturday, September 18, 2021 at 5pm with a chapel service to begin at 7pm.  Services will be held at Carnes Funeral Home located at 3100 Gulf Freeway, Texas City, TX 77591.