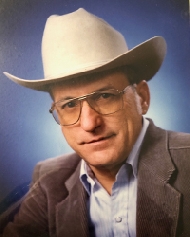 He was preceded in death by his parents, father-in law and mother-in law. He was also preceded by his late wife Judy Ann Melancon whose untimely death inspired him to donate his body to the University of Texas Health Science Center at Houston in support of medical science and research.

A.J. graduated from Mt. Carmel High School in Houston, Texas, where he gained a reputation as a sportsman playing football, baseball, basketball. He was the star quarterback his senior of High School. He followed in his father’s footsteps and served in the United States Air Force for 4 years. He held a Master Electrician License and a Texas Real Estate License. He worked on projects at the Astrodome and NASA Johnson Space Center in Houston, Texas, and several Nuclear Power Plants across the United States. In the mid 1980’s he attended Wharton Jr. College where he received his real estate license and began practicing real estate in Granbury, Texas. In the mid 1990’s his love for construction took him to Atlanta where he began the construction of the 1996 Atlanta Track and Field Olympic Stadium and the new Atlanta Braves Baseball Stadium. After completing the famous Disneyworld Islands of Adventure Theme Park in Orlando, Florida he retired to Rosharon, Texas in 1998.

In the early years he continued his life-long love of sports, coaching little league baseball for 13 years and became a proud member of the Dads Club in Pearland, Texas. He loved playing golf and following all sports. He had a green thumb, and loved getting on his riding lawn mower and watching his garden grow and bloom. His most treasured moments were spent with his grandchildren, and great grandchild. One thing’s for sure, you always took his phone calls because they only lasted about a minute. He was a man of few words but each one meant a lot.