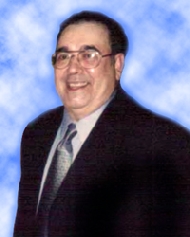 Alan Samuel SaBell was born in Denver, Colorado on February 19, 1949. He passed away Friday, January 9, 2015 at the age of 65 years, in Webster, Texas. He is preceded in death by his parents, Albert and Christine SaBell.

Early in his life, Alan raised greyhounds with his father Albert in Colorado.  Later in life, Alan moved to Wyoming, where he worked several years in the oil industry. Finally, Alan reunited with the greyhound industry, and was dedicated to it for the last 25 years of his life.