add a candle »
Feb 12, 2019 Saddened that I didn\'t get to say goodbye, but comforted by the thought that you are now in the presence of Our Lord. May you rest in peace, Abelia, and may your memory be eternal. Freddy, I\'m praying for you, too.

Much love. Efren Sarmiento
Jan 13, 2019 You will always be in my heart. I miss you so much sister. My heart aches for you! I love you so much and will always love you. ❤️ Dee Alaniz Salinas Hudson
add a note » 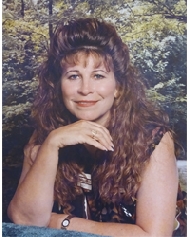 The love of her life is Alfred (Freddy) Guillen. Freddy & Abelia were like two pieces of the puzzle put together.  Which made them complete.  They had no children together however, Abelia’s children meant everything in the world to her and she’s survived by 5 Children, Tammy Sanborn, Francisco (Frankie) Rodriguez, Edith Graham, Marsha Perez & Marla Perez, 3 Step-children, Alfred, Amy, & Avery, 12 Grandchildren, and 7 Great Grandchildren

When Abelia was young, she had run track and was very fast and she loved to dance.  We see why her oldest Tammy is so sporty.. Abelia loved to investigate and most of all she loved talking to her family and friends.. Which Edith & Marsha took after her on that.. But boy did she love her plants and roses.. She was so excited that Marla had roses in her back yard. She also had such artistic talent in making jewelry and it was amazing and that is where Tammy, Frankie and Marla had gotten their artisticness from.