add a candle »
Sep 26, 2021 RIP remembering all the family reunion and visiting with us Aron my brother until we meet again.

Felicia
Sep 25, 2021 My sincere condolences to the Family, The Bible tells us about the hope die all who die . John 5:28,29. The Resurrection!On Earth! I pray this Bible Truth brings you some peace and comfort . Cher
add a note » 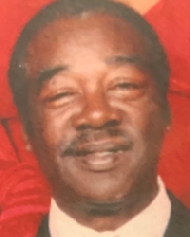 He accepted Christ at an early age and was Baptized into the Baptist faith at Greater Union Baptist Church in Port Barre, La.A native of Opelousas, La, he was born January 12th, 1945, to Dora Pickney Laws and Hilman Laws Sr. He attended J.S. Clark, in which he later received his G.E.D.

Aaron moved to Houston in the mid-late 70's, where he found his ultimate love for driving trucks. Although he had a multitude of different talents, he enjoyed being behind the wheel of a "Real" 18wheeler. He drove CMV's for approximately 35+ years before he decided to work locally. He was always willing to extend a helping hand. Very compassionate with a heart of Gold.  He also had a passion for cooking, his hats, nice suits, his Cadillac cars, and the greatest love for his children.

Aaron met and married Shirley Vallair Laws. To this union, they were blessed with five children. After 16 years of matrimony, he later united with Debra Pittman, and in this union, he was blessed with a daughter.