add a candle »
Nov 30, 2016 To the family of Rodolfo Garcia, please accept my condolence. At a time like this, words are hard to find, but I wanted to share a scripture with you. At Isaiah 33:24, it states that soon sickness will be gone. Keep praying for God's Kingdom to come and that time will be hear before you know it.
Dawn
add a note » On Friday, November 25, 2016, Rodolfo Garcia was called home to his heavenly Father, at home surrounded by family. He was born on November 26, 1948 and was a lifelong resident of Texas City. Rodolfo was a loving man who had the humor and kind demeanor that led him to never meet a stranger.

Rodolfo joined the United States Army shortly after graduating high school. He was an Army Specialist 5 who proudly served his country during the Vietnam War. Rodolfo was awarded many medals, including a National Defense Service Medal, Vietnam Service Medal, Sharpshooter M-14, Good Conduct Medal, and Vietnam Campaign Medal. After his time in Vietnam, he was asked to be a Chaplain Assistant where he enjoyed traveling to many countries in Europe, Germany being his favorite. As a Veteran, he continued his service to the local American Legion and VFW as Chaplain for the last 20 years.

Rodolfo worked for Sterling Chemicals as an operator and retired after 23 years of service.  He was a true sports enthusiast and a huge fan of the Houston Oilers, Houston Texans, Houston Astros, Houston Rockets and the Texas Longhorns.  Rodolfo also loved watching RAW WWE and boxing. In his younger years, he enjoyed coaching and playing softball, tennis, volleyball and participated in a men’s bowling league.

A Celebration of Life Visitation for Rodolfo will be from 5–7pm with a Reciting of the Rosary at 7pm on Wednesday, November 30, 2016 at Carnes Funeral Home- Texas City. Services will be held the following day at 11am at Carnes. Interment will follow at Galveston Memorial Park. 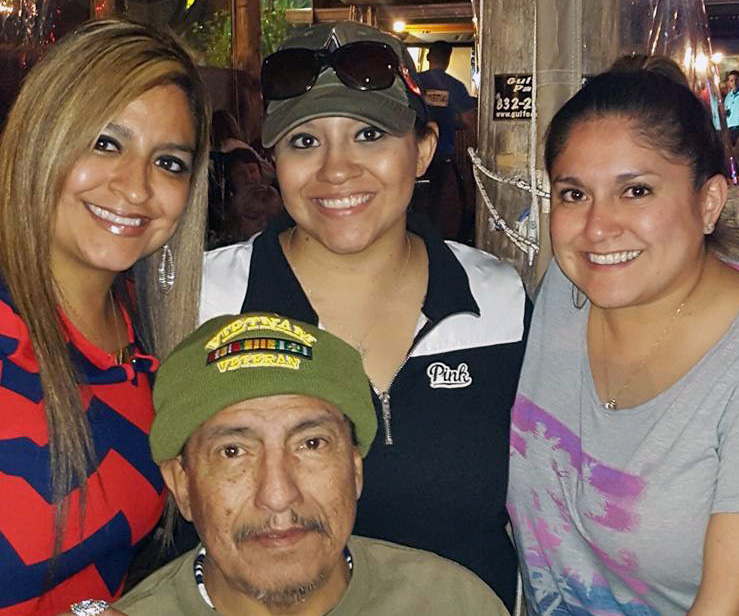